A little bit on what Splash have been up to...

The second annual Hamble River Sailing Club Junior Warming Pan was held on Saturday the 9th of May 2020 with an online twist. Sailors from Hamble River Sailing Club, Netley Sailing Club, Royal Southern Yacht Club and Warsash Sailing Club competed on the virtual waters for the coveted early season honours, with 32 sailors taking part. This year’s event was kindly sponsored by Rooster Sailing and the River Hamble Combined Clubs, and run by HRSC’s race officers Alice Ryan and Richard Foulkes, who put in a lot of hard work getting it all set up!

The qualifying fleets began with fleet 1 and 2. The top 5 sailors were to qualify for gold fleet whilst the rest would race in silver. Some interesting techniques were seen, which hopefully won’t make it back onto the river! At 11:00 fleet 3 were finally allowed to join the excitement. This fleet was particularly competitive, with all racers consistently finishing within 10 seconds of each other.

After a short lunch break to organise results, Silver fleet were back out on the virtual water at 13:00. In his pursuit of gold, Henry Ross (NSC /RSrnYC) gave a very consistent performance across the afternoon never falling outside the top 3. The next 6 places were extremely tightly fought, a connection issue for Thomas Saunders (WSC/ RSrnYC) in the final race lost him the chance of a medal, but he ended up an excellent 5th overall despite this, with Alex Saunders 6th, Lillian McPherson 8th and Rory Saunders 9th.

This year the sailors were also set some challenges outside of the racing. The first, to send us a photo of their sailing locations. In 2nd was Lillian McPherson (RSrnYC) dressed up in her dads sailing gear. Taking 1st place in the photo competition was Isla Fletcher (HRSC/ RSrnYC) who was virtual sailing whilst sat in her Oppie in the pool, the dog even tagged along too!

The sailors were also set the challenge of creating there Big Plastic pledge. This year HRSC are spreading awareness of the effect plastic pollution has on our river and oceans, and the impact changing our habits can have. The pledge competition was won by Zachary Edwards (WSC) who pledges to “Use his water bottle when out this year and has pledged that his mum will have less milky coffee to save milk bottles!”. The prize giving was held not in the club house with coke and pizza but over Zoom, to congratulate all the sailors for their amazing racing, and to virtually give the winners their prizes.

The prize giving also saw the Best Club on the River Junior Warming Pan Trophy presented (sponsored by River Hamble Combined Clubs). After some very close results and only 1 point between Hamble and Warsash, it was won this year by Hamble River Sailing Club. A big shout out to the Southern cadet team for their efforts - Lillian McPherson, Freddie Callaghan and Gabriella Burlton.

Thank you to HRSC for running the racing - definitely the most fun the smaller sailors of the river could have on dry land! 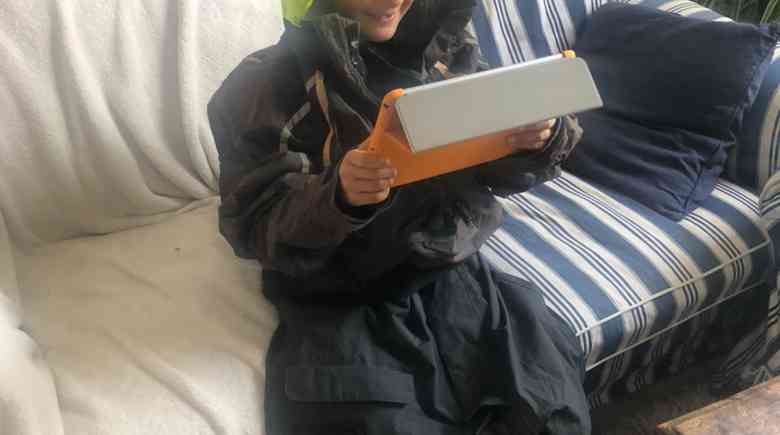